A good friend, not ignorant about wine, still associated Beaumes de Venise mainly with the sweet fortified muscat which we have also enjoyed for a long time.  Last month, however, our trip to the southern Rhône for Mary's 80th was all about the red wine from this part of the Dentelles de Montmirail, the wonderful rocky area which has long been famous for its red wines, notably Gigondas.

When we first visited the Domaine de Cassan around 25 years ago, its main attraction was red Gigondas.  Since then, as the separate appellation Beaumes de Venise has gained traction, Cassan has stopped making Gigondas and now produced excellent red Beaumes de Venise.  As se arrived (to stay in one of the few gîtes not taken up by young grape pickers) the harvest was just beginning.  The pickers were gathering as we finished our breakfast. 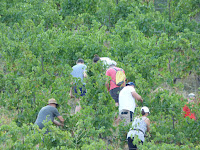 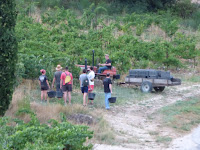 The little village of Beaumes de Venise is pleasant enough but not much to write home about.  but we love the Dentelles all around, accessible via narrow roads like the one we first came along to Cassan.  Then, it was a track which caused our engine to boil though thankfully nothing worse.  Now, that track (which our GPS still tried to send us up) is barred to motor vehicles, but other narrow roads still lead you to the Domaine de Coyeux and Domaine de Durban, neither of which we visited this time but both of which have excellent reds, and dry as well as sweet muscats.  Durban was our first ever foray into this wonderful area, with views over the whole of the Rhône plain to the west.  Coyeux has marvellous views of the Mont Ventoux which towers just to the south, and which has been the despair of many cyclists in the Tour de France. 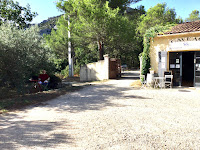 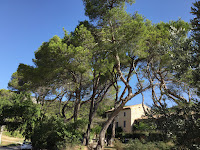 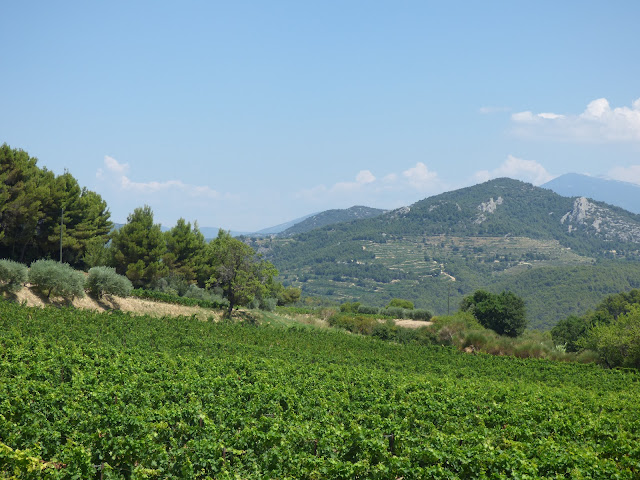